Tabor Lutheran Church was organized in 1904 as the Swedish Evangelical Lutheran Church. At first worship services were held in the homes of the members, but it was soon decided to begin work on a church building. Construction began in May of 1908 and was completed on September 20 of that year. The church was served by visiting pastors from Marinette and Peshtigo. Summers a student pastor would conduct services.

In 1909 the congregation was incorporated as the Independent Scandinavian Lutheran Church. The first confirmation took place on April 13, 1909.

In 1914 the congregation joined the Augustana Synod, and was rededicated as Tabor Evangelical Lutheran Church. A special meeting was called on December 9 for getting properly organized into the Synod and incorporated with the State of Wisconsin. Dedication of Tabor Lutheran Church was held October 26 and 27, 1914. At a business meeting held April 14, 1925, the report from our Sunday School was first recorded. October 7, 1941, the Ladies Aid served a Lumberjack supper. In 1946 the congregation built a parsonage, and Rev. Peterson was the first to occupy it. On May 18, 1958, a resolution was adopted, and we severed our connection with the Augustana Lutheran Church and became a free Lutheran Church. April 22, 1960, we became Tabor Lutheran Church Missouri Synod. It was decided in 1977 to enter a building program for a new church. Plans were approved on August 21, 1977. Construction started in June 1978. The Service of Dedication was held on April 29, 1979. October 21, 1979, we celebrated our 75th anniversary. Thursday night church services started on November 3, 1994. In April 1999, it was decided Emmanuel, Breed and Tabor would become a dual parish.

May 23, 2004, Tabor celebrated 100 years of God’s blessing with members and friends with Pastor Scheunemann and Pastor Peitsch conducting the service.

Welcome to our place of worship.  We hope that you will come as our guest and stay as our friend! 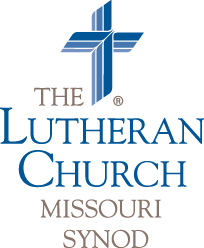